All kinds of languages have different slang and weird sayings they use. However, sometimes trying to use a certain well-known phrase doesn’t always go as planned. To be honest, it’s easy to forget a word or think you’re saying the right thing to express a point. But it actually turns out most of us are saying them all wrong and it’s just a tad embarrassing. It’s time to know the truth! Here are 30 sayings most people don’t know they’re using incorrectly.

Fun fact, if you’ve been writing or saying this… you’re wrong. A phase actually has to do with periods of time or stages of life. If you’re trying to describe someone that is/isn’t bothering you, the correct word to use is actually faze. Which means to disturb someone.

Well, I’ve been saying the wrong thing my whole life. Your stomach might be growling and definitely feeling the pain, but this isn’t the correct phrase. The actually saying is pangs, which is a medical term for the sharp cramps you feel when you’re hungry.

“I need some food I’m getting serious hunger pangs” = ✔

Order up! If you’re in the service industry, you might have been saying the wrong thing for years. What that phrase is actually saying is that whoever first walks into the resturaunt is the first one to serve all of the other guests! Now, that would be a nightmare. The correct phrase is, ‘First come, first served“, which means whichever guest is first they will be served first.

Kick off your shoes and get a load of this. If you’ve been writing “shoe-in” to describe someone who is definitely a winner, you’re actually only talking about shoes… The correct spelling is actually shoo, which is a phrase derrived from horse jockeys that make their horses run faster.

“that applicant is a shoo-in for the management position ” = ✔

Your mind might be in the mountains but unfortunately this isn’t the right spelling. When you’re describing something that is stimulating your interest, the correct word is pique. You learn something new everyday!

“That subject piques my interest”= ✔

Well, we can add this to the list of things I’ve been saying wrong my whole life. It turns out even though it seems to be an obvious description the older term is buck naked. This phrase is defintely looking a little bare, don’t ya think?

“They were outside buck naked” = ✔

I’ve definitely said this wrong my entire life. If you’re trying to describe people that are like two peas in a pod, it turns out saying this actually makes no sense. The correct saying it ‘one and the same’ which means two things are the same.

“Those faternal twins are still one and the same” = ✔

There’s nothing like a fresh cup of joe in the morning. But if you’re looking for a little more of a kick, ordering an expresso drink doesn’t exist. The drink your looking for would be called an ‘Espresso’. You’ll have to find an express coffee elsewhere.

Now, this one can be a bit confusing. If you’re writing about someone who’s left their country, this isn’t the proper spelling. Even though it does kind of make sense. The word is actually ‘expatriate’, which some of us might want to do during these times…

“The family had to expatriate their home” = ✔

All of you writers out there might have been spelling this wrong for a bit. That would mean your free to be royalty… Which sounds pretty nice. But if you’re describing someone who has all the freedom to make a decision or action, it’s actually spelt ‘rein’. The phrase comes from holding a horse reins loosely, so they can move around freely.

“The teacher gave the students free rein for their final paper” = ✔

This is for all of you that love getting your hands in the dirt. Even though you might be describing something firmly established, this isn’t the right saying… unless you’re talking about seeds. The correct phrase is ‘deep-seated‘, which descibes something that is secure or hidden below the surface.

“There are deep-seated issues in our goverment” = ✔

If you’re trying to give someone some space, truth be told this isn’t the right saying. The word ‘leadway’ isn’t even a real word and has nothing to do with giving someone some free space. The actual word you’re looking for is ‘leeway‘ which is giving someone else all the room they need.

You can get away with this one if you’re speaking but if you’re writing this on paper, that’s another story. How do you do diligence anyways? The correct spelling is ‘due diligence‘ which means you’re taking the reasonable steps to satify a requirement.

“I did my due diligence for that assignment” = ✔

Now, you can have a closet chock-full of clothes, but if you’re trying to explain why something happened, ‘chalk’ is the right word. Who would of that we’re talking sidewalk chalk when we’re wanting someone to explain something? Another fun fact for the day.

Things are constantly changing and sometimes things don’t go as planned. In this case if you’re trying to describe a change in direction, you’ll want to write ‘change tack‘. Which is a captains term for changing the direction of the ship.

Something smells fishy about this one. If you’re trying to write about someone who is holding their breath, that’s not the correct spelling. The word you’re looking for is ‘bated breath’, which means to lessen in severity and hold your breath. But for anyone with bait breath you’ll definitely want to wait with bated breath for a tooth brush…

“We anxiously waited with bated breath” = ✔

If you’re playing tourist and trying to find a gift for someone special, a momento isn’t what you’re looking for. Unless you’re in a Spanish speaking place and need some more time. But when it comes to souvenirs, the proper spelling is a ‘memento‘. Happy shopping everyone!

It can be hard to keep track of your extended family, especially if your spouse has lots of brothers and sisters. When it comes to addressing who they are to you when your spouse has multiple siblings, you’ll actually call them your ‘brothers-in-law‘ or ‘sisters-in-law‘.

If you’re ready to deal out pieces of your brain to people, I guess this would be the proper saying. But if your looking for some zen the correct spelling would be ‘peace of mind‘. To be honest, we could all use some peace of mind.

If you’re looking for a quick inside scoop, this isn’t the way to spell it. Even though some of us may want to sneak off to the mountain peaks… It doesn’t apply. You’ll actually want to spell it ‘sneak peek‘.

“The theatre gave us a sneak peek of the new movie” = ✔

This is another one that you can get away with when you’re talking, but when it comes to writing, you’re actually saying a small bit of hand… whatever that means. If you’re describing a more cunning person, you’ll use ‘sleight of hand’. Which means someone has dexterity.

If someone has done you wrong, it may be time for revenge. But you won’t want to extract revenge, unless you’re trying to take revenge out of somebody. The correct phrase is actually ‘exact revenge’ which means you’re taking revenge out on somebody.

“It’s time to exact revenge on the neighbors” = ✔

If you wish to be in a room without anyone named Scott in it, than this would be correct. But if you’re trying to describe someone who was unharmed or unscaved, then you’ll want to write ‘scot free’. Sorry to all you Scott’s out there that have been expunged from all places.

Welp, another fun fact for the day. This phrase is only talking about nipping butts… The correct saying is ‘nip it in the bud‘, which means that you’re putting an end to something before it has a chance to grow.

Another one bites the dust… I can’t count how many times I’ve heard or said this, but it’s actually impossible to do. You can do something on purpose but you can’t do something on accident. The correct way to say you’ve done something accidently is ‘by accident’.

28. “For all intensive purposes”

Things can get intense sometimes, especially when it comes to this phrase. Unfortunately it’s not the right saying. When you’re trying to talk about covering all possibilies and circumstances you’ll want to say ‘for all intents and purposes’.

“for all intents and purposes the project is complete” = ✔

When you completely change your life it’s something to celebrate. But making a ‘360-degree change’ actually that you’re in the exact same place you started. The correct phrase is a ‘complete 180-degree change’, which means you made a totally opposite change in your life.

If you can see the future that is the only way this saying could be true. But unfortunately most of us don’t have any superpowers. When you’re trying to compare something worse than the other, you’ll want to say ‘each one worse than the last‘.

“Each movie they make is worse than the last” = ✔ 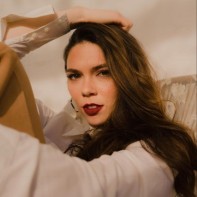 These 70+ elegant and simple tattoos are perfect

These 70+ elegant and simple tattoos are perfect